How we got started

In 1997, Dr. Dave Irvine-Halliday, a Professor of Electrical Engineering at the University of Calgary, had the vision to use LED lighting to bring practical, economical, and environmentally safe lighting to the developing world. While on sabbatical in Nepal, Dave visited local villages and was struck by the poor conditions that people lived in. Most of them were relying on kerosene lamps which produced little light and filled the homes with dangerous, toxic smoke. As the annual income of the Nepalese villagers averaged $200 USD, Dr. Irvine-Halliday realized that there was a great need for simple, safe, healthy, affordable and rugged lighting.

In his career, Dave had been working with LEDs for more than two decades, and spent most of 1997 and 1998 trying to make an acceptable white light from various combinations of colored indicator LEDs. He made white light, but it was simply not bright enough to be of any practical use in the developing world. Soon he discovered that Nichia, a Japanese company, had invented a bright White LED a few years earlier and Dave immediately requested samples. The ‘eureka’ moment occurred when Dave lit his first White Light Emitting Diode.

In 2001, Dave met Ken Robertson, a development professional with extensive field experience and understanding of sustainable energy and environmental issues. Ken recognized the large scale potential of Dave’s idea and felt that solid-state lighting technologies coupled with renewable energy could be a true leapfrog technology on par with the development of the cell phone or the transistor radio. Ken became LUTW’s first Executive Director and under his direction created the NGO, Light Up The World, formally established in 2002.

Together with Roy Moore, Pauline Cummings and with significant contributions from notable others that were to become the founding board, Light Up The World progressed in status from a volunteer support group to a fully incorporated charitable organization.

In 2002, Ken led the team in building LUTW’s governance, infrastructure, operations and mission-related outcomes. Ken also led the organization’s research and development efforts to derive the world’s first economically viable solid-state lighting package now known as the “light in a box”. This system provides rural communities with an ultra-efficient, reliable and robust lighting and energy system.

The combination of Dave’s vision and Ken’s development management resulted in LUTW earning international acclaim for its innovative use of appropriate technology in international development. LUTW has received several prestigious awards and has been profiled in scientific articles, journals and popular publications (eg: Rolex, Readers Digest, National Geographic magazine).

Innovation and integration were the hallmarks of this approach. Local organizations adopted LUTW’s mandate but applied many of their own locally derived methods of enterprise development, project management and micro-finance. In this way, LUTW could extend its reach in multiples while boosting the capacity of indigenous groups to undertake their own programs.

Through generous support from interested individuals, corporations, host country organizations, international foundations and industrial partners, LUTW has brought light to homes in 54 countries around the world from Afghanistan to Zambia.

Dave and his wife Jenny started a social enterprise in 2006 called Visionary Lighting and Energy India (VLE) designs. VLE develops and manufactures renewable energy systems, primarily for the developing world. As Visionary Founder of the organization, Dave continues to play an advisory role within the organization.

How we got started 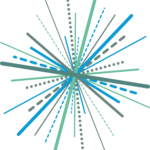 Light Up The World is a Registered Canadian Charity that provides access to life-changing solar technologies to underserved communities worldwide.